On August 17, 2017 the Department of Environmental Quality – Water Quality Office was asked to investigate a “questionable red liquid” in a retention basin near the south end of the Olberg Bridge in District 3 near the MAR5 groundwater recharge project.

Staff arrived at the site at approximately 10:30 am and observed red pigmentation around two ponds. The red pigmentation matched photographs emailed to the DEQ (see figure one and two).  Upon closer observation staff noted no chemical odors or iridescent sheen on the water.  What was observed however was a reddish mucilage formation at the edges of both ponds (see figure 3). Upon positively identifying the area, staff then collected samples of the formation and brought it back to the Water Quality Lab for further observation.

Under the microscope, staff was able to see that the mucilage formation contained resting cysts of ciliated protozoa, as well as cells in the motile stage (see figure 4). Although the cells contain some green chlorophyll, the colonies contained an abundance of red haematochrome so that the cells appear red.

This microorganism appears to be similar, if not the same, to species documented in 2014 by the DEQ on the lower reach of the Gila River at District 7.  This microorganism is most likely endemic and a natural part of the ecosystem.  Both ponds, at this time, are quickly drying up and the heat should desiccate the colonies. 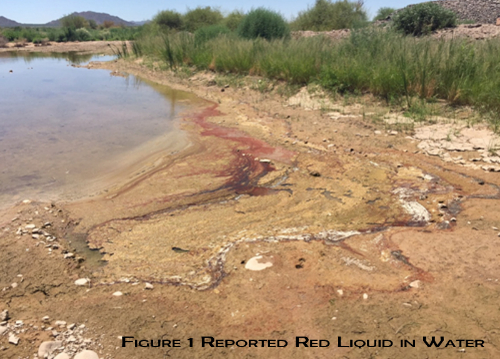 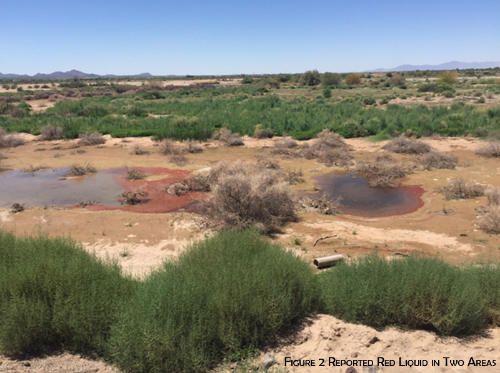 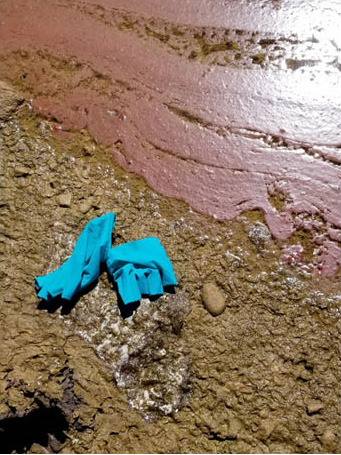 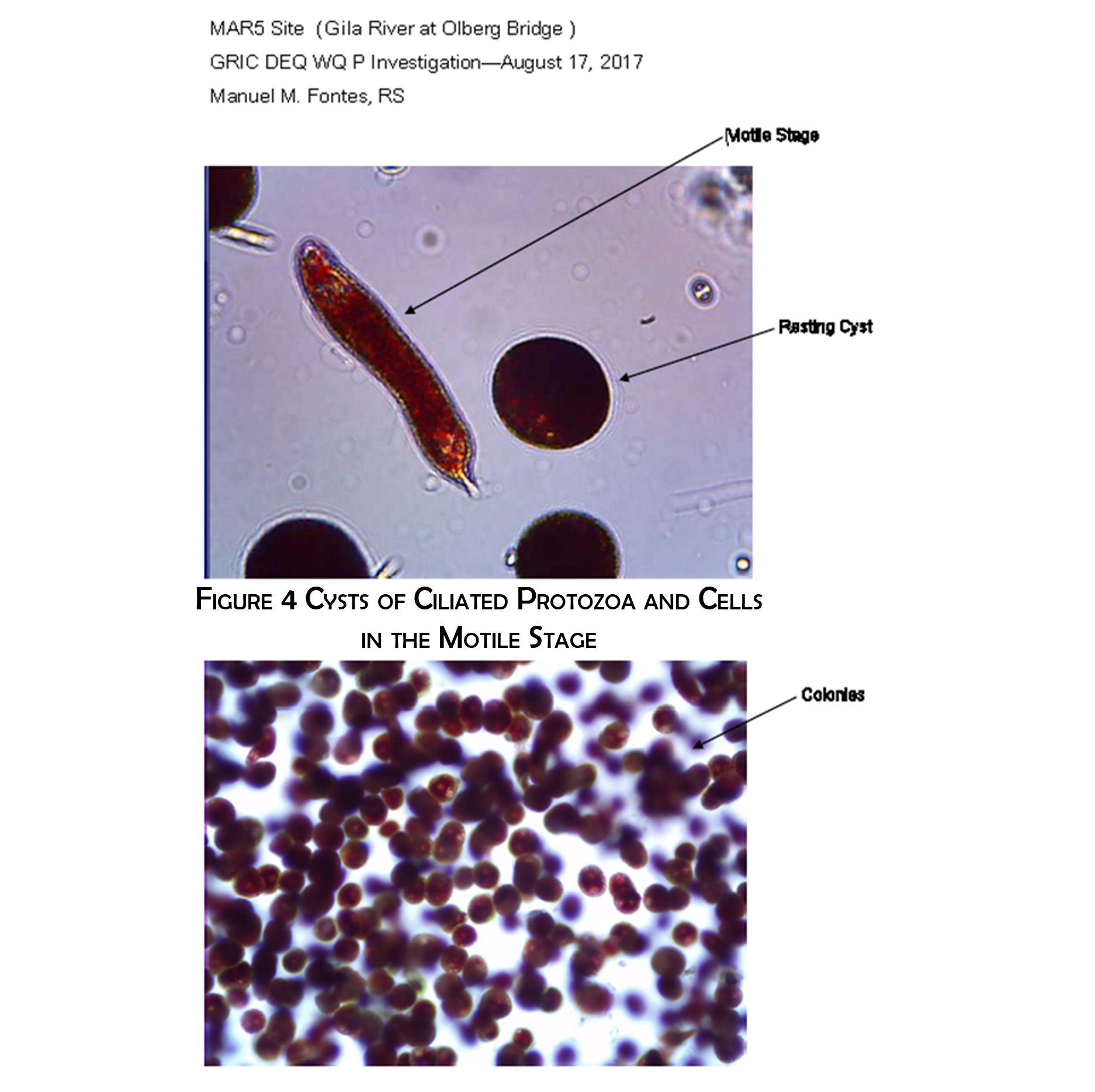