Bed bugs are remarkably resistant in almost every sense of the word, and are comfortable within all but the extremes of Arizona's climate. They can survive freezing temperatures (32° F) for days and tolerate much lower temperatures (5° F) for short periods. Their upper lethal temperature is 120° F causing death within minutes, but longer exposures to temperatures above 113° F are also lethal. They have a wide humidity tolerance range but tolerate dry climates better than humid, and have been known to survive without blood meals for up to a year.

Bed bugs spend most of their time hiding in small inconspicuous crevices that are difficult to reach with normal vacuum cleaning applications. By hiding in clothing, luggage, bedding, and mattresses, bed bugs may be accidentally transported to new locations. Bed bugs often choose to hide in box springs because they are undisturbed and offer many crevices and close proximity to hosts. Although they are slow moving and prefer to stay where people sleep, they will eventually move if their host leaves, or if their resting place becomes too crowded with other bed bugs. If humans are difficult to find, they will seek blood from other warm blooded animals in the vicinity (eg. dogs, rodents, chickens, etc.).

At present, because of the stealthy habits of the bugs and their remarkable abilities to tolerate environmental fluctuations and host availability, it can be difficult to eradicate them once established. Many populations of bed bugs have also been found to be extremely difficult to kill with certain pesticides (this is referred to as "pesticide resistance").

Pyrethroid pesticides are the most common class of pesticides on the market today for both professional and consumer products. Researchers have collected bed bugs from homes and apartments across the nation and studied them for the degree of resistance or susceptibility to pyrethroid pesticides. The study showed the majority of the bed bug populations to be resistant in some degree to pyrethroids and only a small percentage of the populations to be susceptible. Some populations were extremely resistant to the point that they would not die unless the pesticide was applied directly to their bodies.  Read more about the research here.

Michigan Manual for the Prevention and Control of Bed Bugs 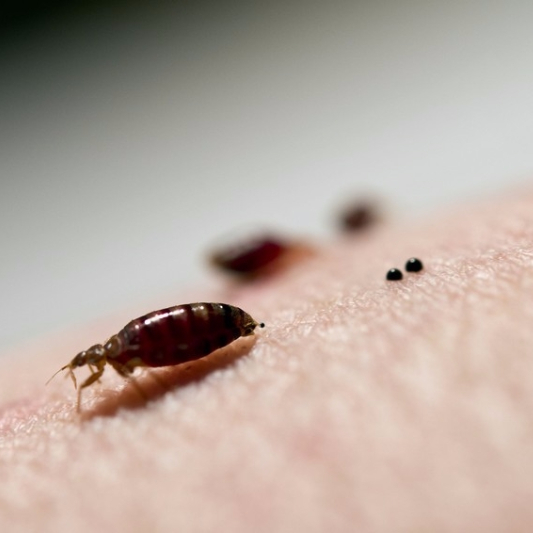