Bed bugs are thought to have evolved from cave-dwelling insects in the Middle East that fed on bats and eventually started feeding on humans instead. Human bed bugs were noted in Greek and Latin literature long before the Common Era, and the insects rapidly spread throughout Europe with human populations.

Cimex lectularius is the species that is now infesting homes within GRIC. Bed bugs live where people live because they only feed on sleeping humans. The presence of bed bugs in human dwellings is not caused by a lack of cleanliness, therefore they are an equal opportunity pest that only requires a warm, sleeping body and a place to hide nearby.  Read more about the history of bed bugs from the American Entomologist.

Bed bugs belong to the family Cimicidae in the insect order Hemiptera. All Hemiptera, or "true bugs", have piercing-sucking mouthparts to feed on plant juices, other insects, or the blood of vertebrate animals. The family Cimicidae includes many species that feed primarily on bats or birds, but only three species tend to specialize on humans. Cimex lectularius is the most cosmopolitan and is the species found throughout North America and Europe. The other two species (C. hemipterus and Leptocimex boueti) are found exclusively in tropical areas, with C. hemipterus being widespread in those regions.

Bed bugs are recognized and distinguished from other similar insects by their extreme dorsal-ventral (back to stomach) flattening, their lack of wings, and their reddish brown coloration after feeding. The flattening is not as obvious in blood-engorged individuals. They typically do not get larger than 7 mm (~1/4") in length. Infestations with bed bugs are sometimes associated with a sweet, musty odor produced by glands on the ventral (bottom) side of the thorax (middle body segment). CDC Pictorial Key

Michigan Manual for the Prevention and Control of Bed Bugs 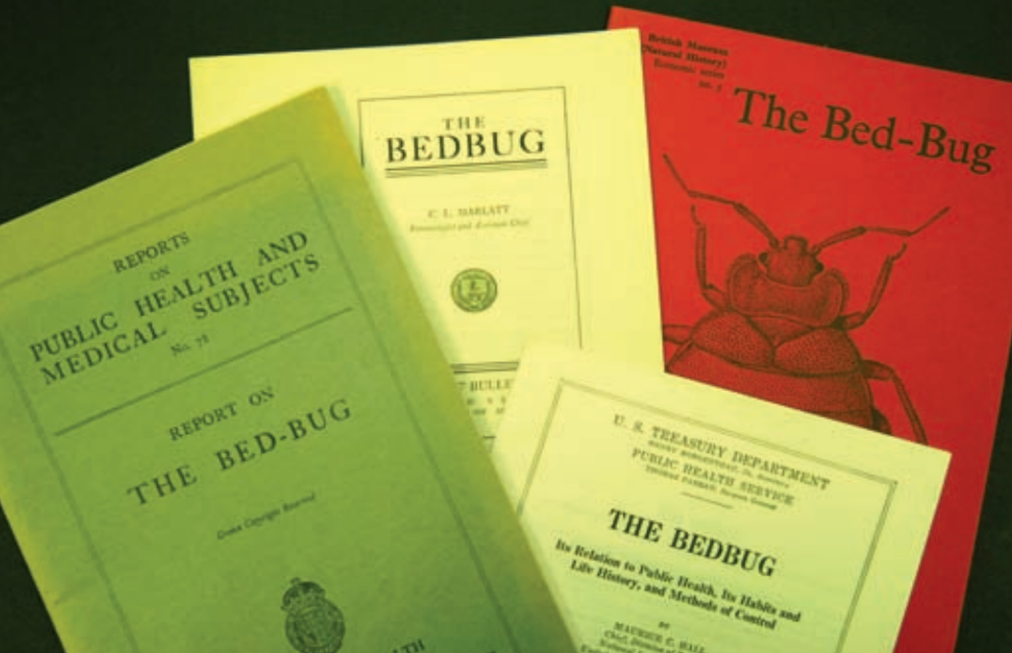 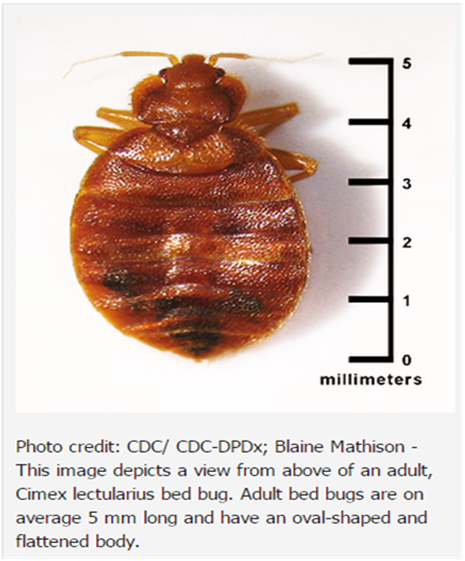